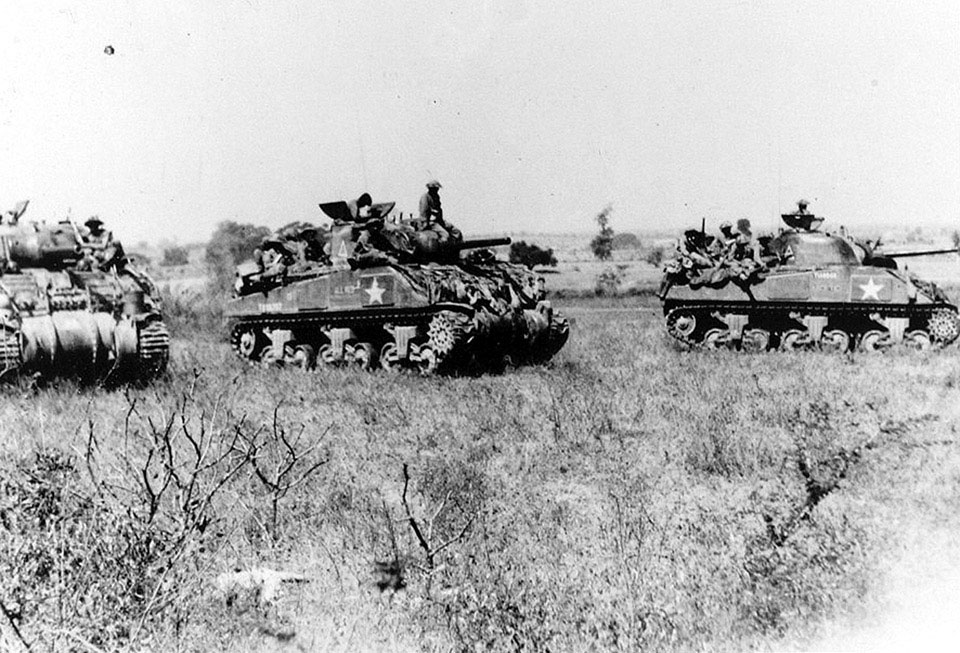 Sherman tanks of the Indian Army, 1944

The Indian Army first received the American-made Sherman in 1943. Although it was no match for the best German tanks, it was much superior to anything deployed by the Japanese in Burma.