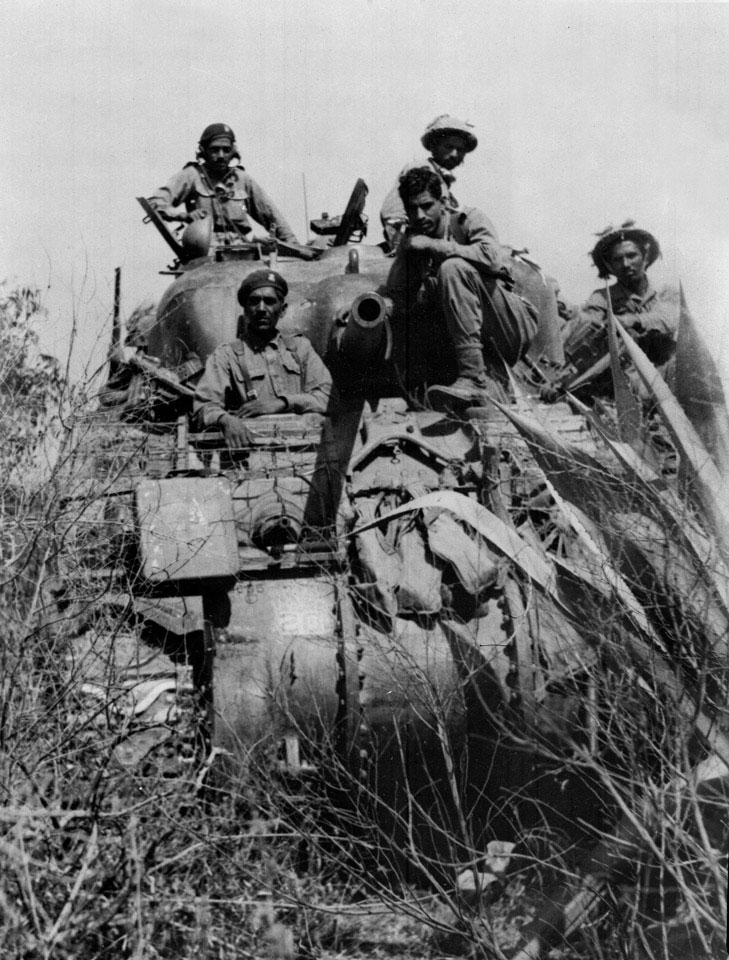 Part of 255th Indian Armoured Brigade, the Sherman is accompanied by Rajput infantrymen. The Brigade provided armoured support for IV Corps during the Fourteenth Army's 1945 offensive in Burma. Despite logistical difficulties, the Allies were able to deploy large armoured and mechanised forces in Central Burma during their drive to Mandalay.