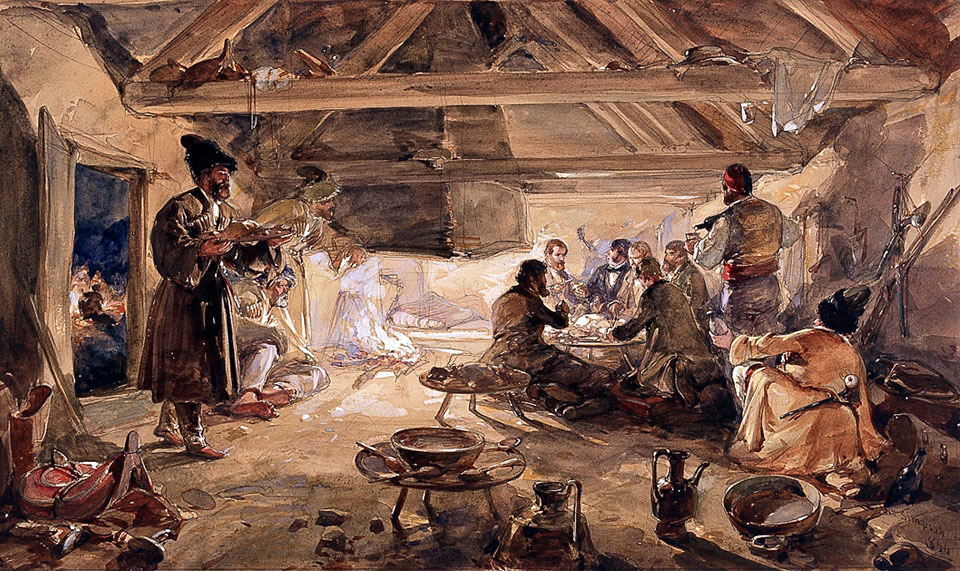 The interior of a Circassian house, with cooking vessels and utensils in the foreground. The Duke of Newcastle is visible eating at a table to the right.

After resigning as Secretary of State for War upon the downfall of Lord Aberdeen's government in January 1855, Henry Pelham Fiennes Pelham-Clinton, Fifth Duke of Newcastle (1811-1864), travelled to the Black Sea and the Crimea to see for himself the condition of the Army and the nature of the terrain. In the autumn of 1855 he journeyed to Circassia in the north-east Caucasus. During the latter trip he was accompanied by Simpson who sketched and painted many of the people and places the Duke visited.