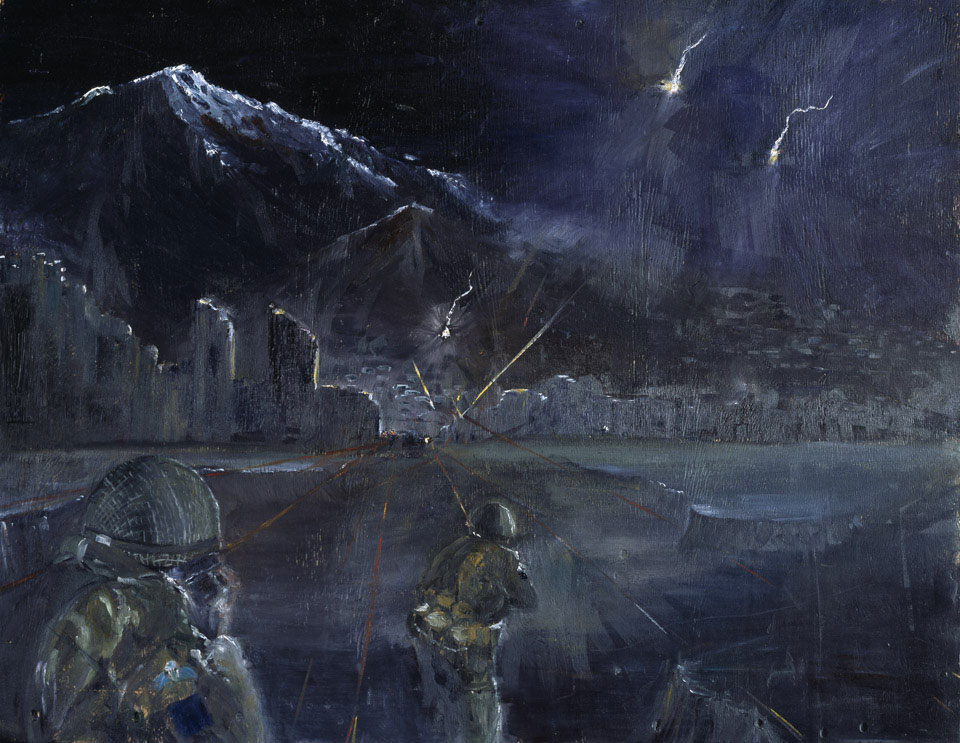 Oil on the lid of an Army crate by Sergeant-Major Douglas Farthing MBE, (b 1967), Parachute Regiment, 2003.

In this night-time scene, a platoon of 2nd Battalion The Parachute Regiment (the artist's own platoon) fires on Taleban insurgents on the outskirts of Kabul. As a military term, 'contact' means an engagement where live ammunition is fired, here demonstrated by the Army's red tracer bullets. These, with hand held flares set off by the platoon, illuminate the area around the old water pumping station.

On this particular night covert Observation Posts (OPs) had already reported heavy gunfire in the area, and as the Paras approached, the Taleban opened fire on them. The soldiers returned fire, pinning down their attackers. This enabled a flanking unit to move in aided by the Afghan Police and two insurgents were captured. There were no casualties.