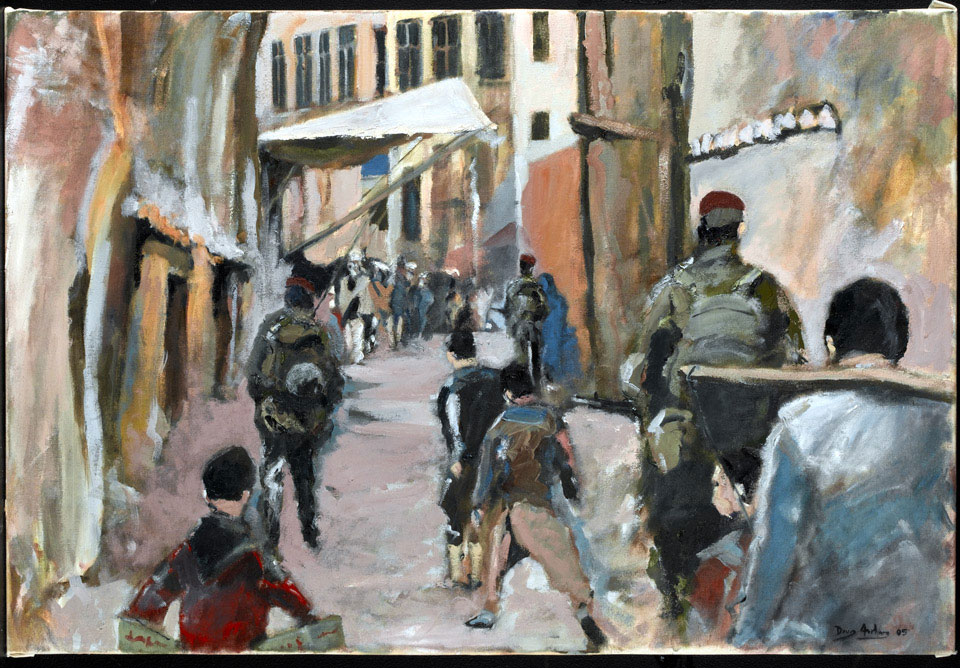 This painting shows a street scene from the perspective of the unseen fourth man in a 'brick', or four-man foot patrol, as local children follow it through Kabul. The painting invites viewers to try and imagine the sensations and emotions of the fourth man, with no knowledge of what is behind him, or, what potentially dangerous situation might occur next.

Sergeant Major Farthing was serving with the 2nd Battalion, The Parachute Regiment when this picture was painted. As part of the International Security Assistance Force (ISAF), the battalion has been working with the Afghan people to restore security and basic infrastructure after years of neglect under the Taleban.

The reverse of the canvas includes another painting by Farthing, a depiction of two boxes of fruit.