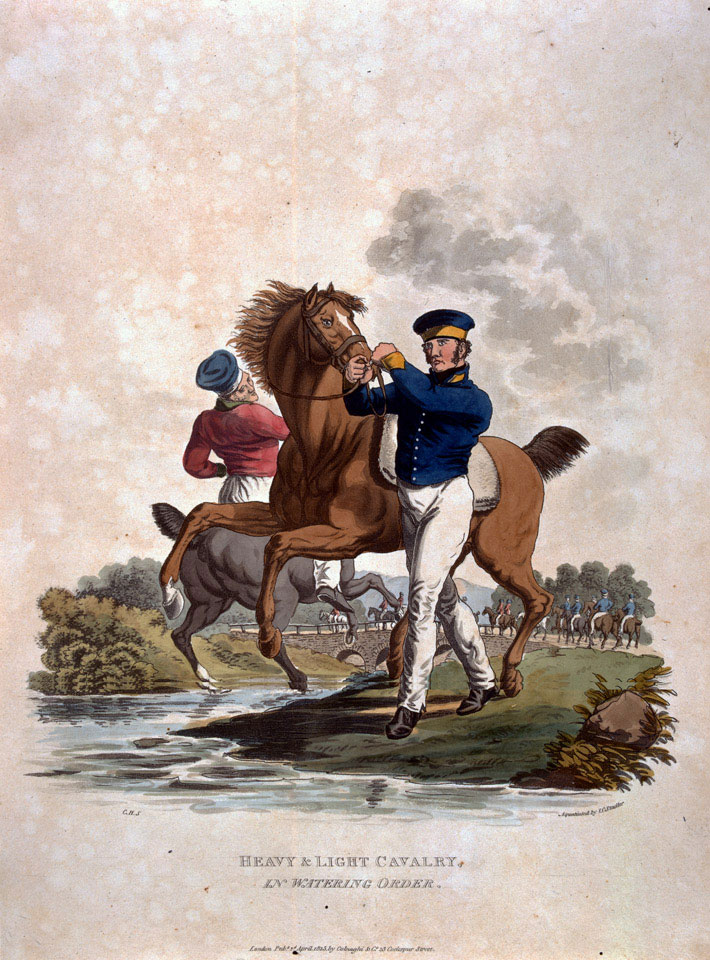 British cavalry units normally took their horses from camp each morning to find water to drink before setting off on patrols or going into battle. Both horses shown here have their tails docked or trimmed to a shorter length, a practice adopted by British cavalry and German cavalry in British service.