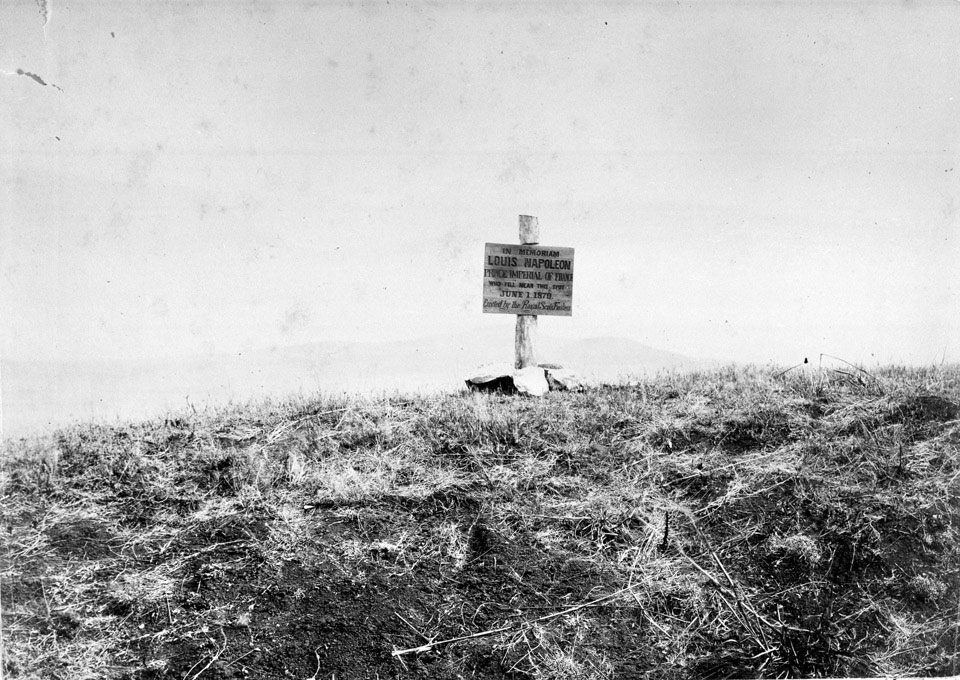 Board erected by the Royal Scots Fusiliers to mark the spot where the Prince Imperial fell, 1879

The French Prince Imperial, Louis Eugene Napoleon, then in exile in England, served on Lord Chelmsford's staff during the Zulu War. He was ambushed and killed near Ulundi on 1 June 1879 after setting out on a reconnaissance patrol without his full escort. When it was recovered, the prince's body had 18 assegai wounds and he had been ritually disembowelled. Louis Napoleon's death caused an international scandal. He had only been allowed to go to South Africa after the Empress Eugenie and Queen Victoria had intervened on his behalf, but with the proviso that he be kept out of danger.