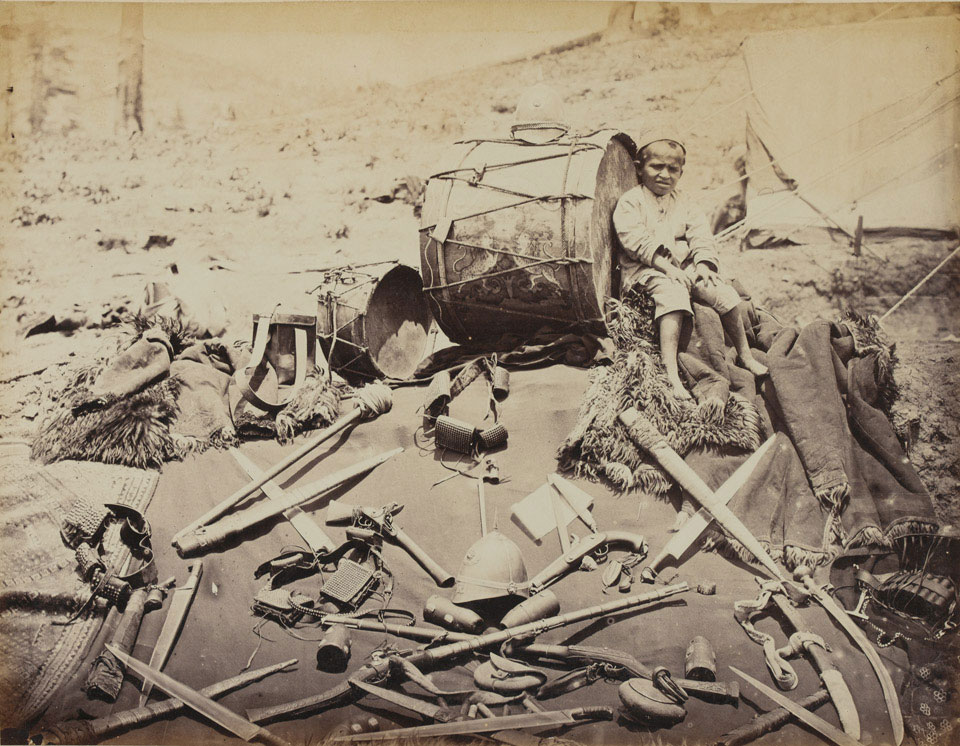 General Roberts' victory over the rebel forces of Ayub Khan at Kandahar on 1 September 1880 marked the effective end of the 2nd Afghan War. Although the British did not withdraw from Afghanistan until April 1881, they did so confident that the new amir, Abdur Rahman, a nephew of the late Amir Sher Ali, would follow Britain's direction with regard to Afghanistan's foreign policy.

Photographing a display of captured Afghan equipment, and including a young boy to supply decorative contrast, might have appeared a suitable means then of indicating a job well done.