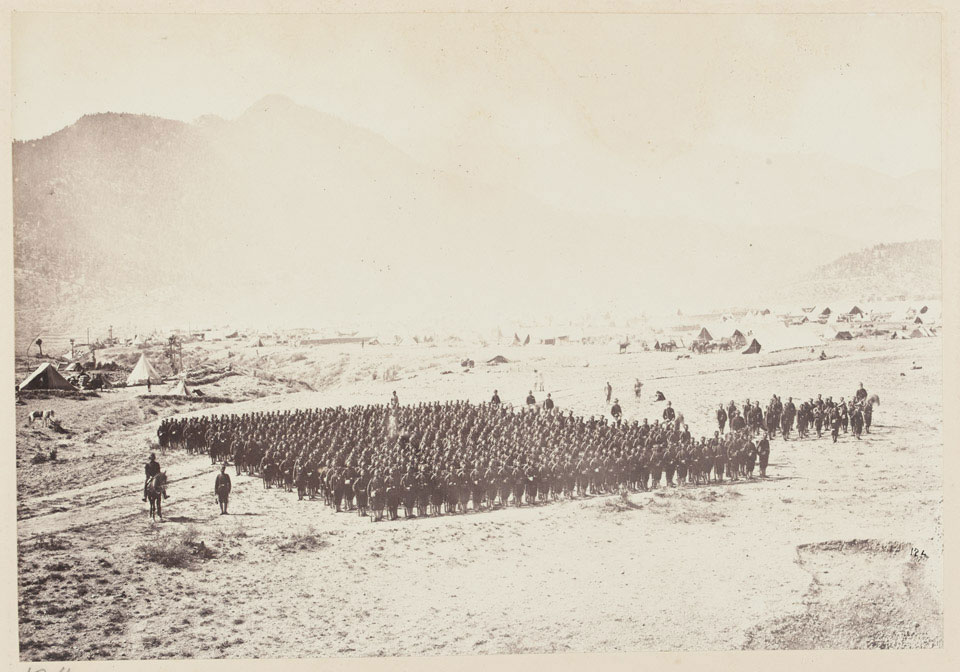 5th Gurkha Rifles on parade, band on the right, Alikhel, 1879

Gurkhas, tribesmen of Nepal, had fought for the armies of British India ever since 1817, having impressed their British opponents in the Anglo-Nepalese War of 1814. Although technically mercenaries, their reputation for steadfast loyalty had been enhanced during the Mutiny of the Bengal Army of 1857-1859, and by the time of the 2nd Afghan War such was their fighting prowess that Gurkha regiments were among the first to which Major-General Frederick Roberts turned in a crisis.

The 5th Gurkha Rifles came to particular prominence at the Battle of Peiwar Kotal (2 December 1878) when they made a night attack alongside the 72nd Highlanders against an Afghan force positioned on the heights. The following year at Charasia (6 October 1879), they carried out two assaults on the Afghan lines. The regiment also took part in Roberts' famous march from Kabul to Kandahar.