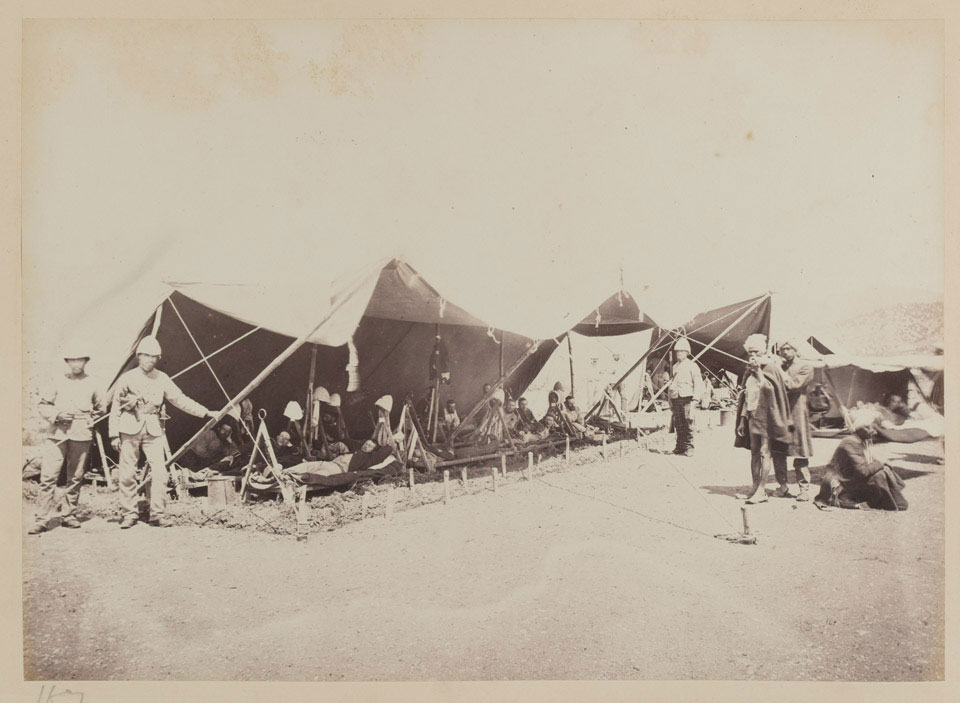 Pictured is the field hospital of General Roberts' Kurram Valley Field Force at Ali Khel. The adoption of the field hospital system by British regiments involved in the Afghan War took place only three days before hostilities commenced, and much confusion followed. However, it was thought better not to transport the sick and wounded long distances to a base hospital, and consequently the British regiments were stripped of their surgeons and medical orderlies to man the new field hospitals; the Indian regiments retained the regimental system of medical support throughout. As in most conflicts of the period, deaths from disease far outnumbered battle casualties. During the 2nd Afghan War a total of 1495 British and Indian troops were killed in action and 1412 wounded, but an estimated 8000 died from bowel diseases and fever.