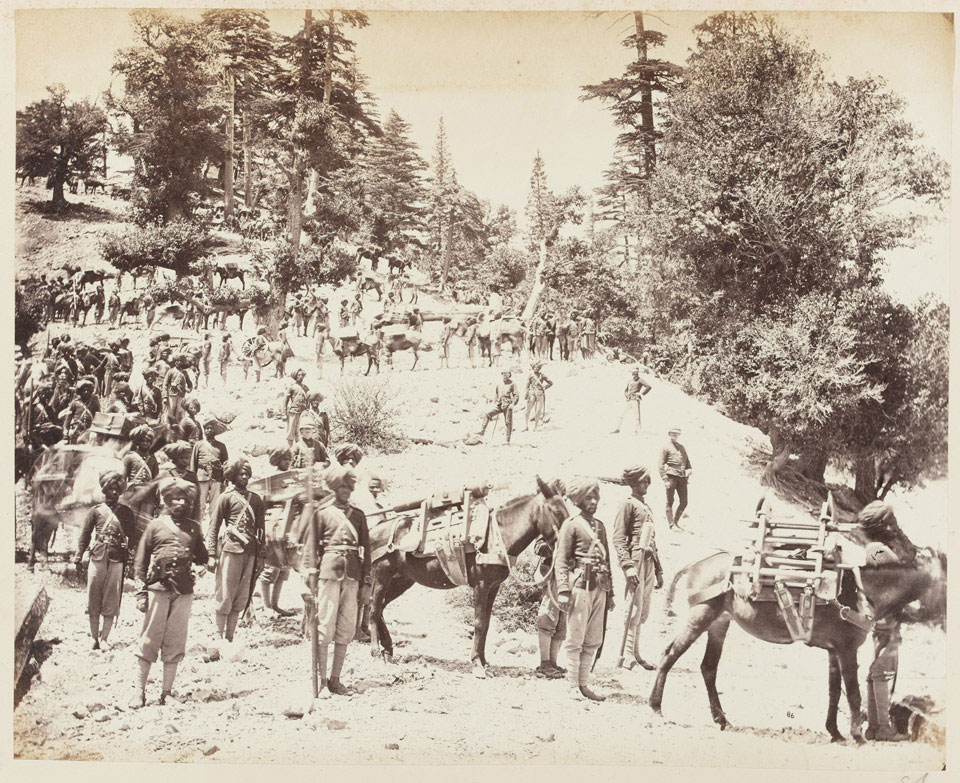 In the rugged terrain of Afghanistan, wheeled and horse-drawn artillery was restricted to the plains and valley floors. This is where units such as No 2 (Derajat) Mountain Battery (Punjab Frontier Force), pictured here descending the Spingawi Kotal in 1879, came into their own. Weighing only 90 kg (200 lbs), their 7-pounder Rifled Muzzle Loading Mountain Gun could be dismantled and carried on mules over the roughest ground. When Ayub Khan, the former Amir Yakub Khan's brother, revolted at Herat and advanced on Kandahar, defeating a British force at Maiwand on the way, General Roberts, for his celebrated 300 mile relief march from Kabul to Kandahar in August 1880, dispensed with his regular artillery and took only mountain guns with him.

From an album of 115 photographs by Bourne and Shepherd relating to Major General Frederick Sleigh Roberts.