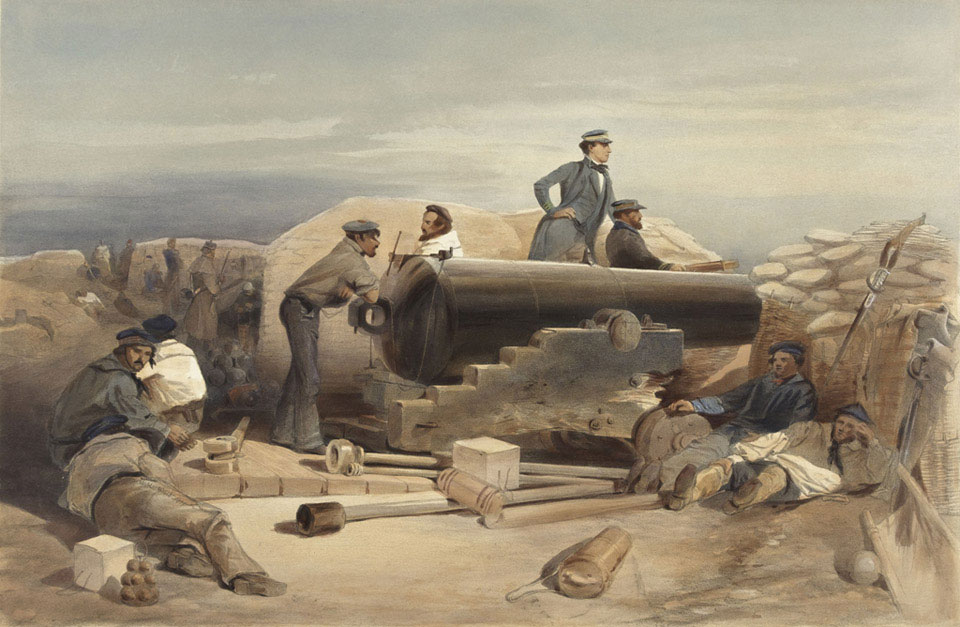 In September 1855, 183 large calibre British guns took part in the final attack on Sevastopol, the 68-pounder Lancaster gun was the heaviest of them and marked the beginning of the long awaited innovation in British artillery.

One of 40 coloured tinted lithographs from 'The Seat of War in the East - First Series' after William Simpson, published by Paul and Dominic Colnaghi and Company, 5 February 1855.