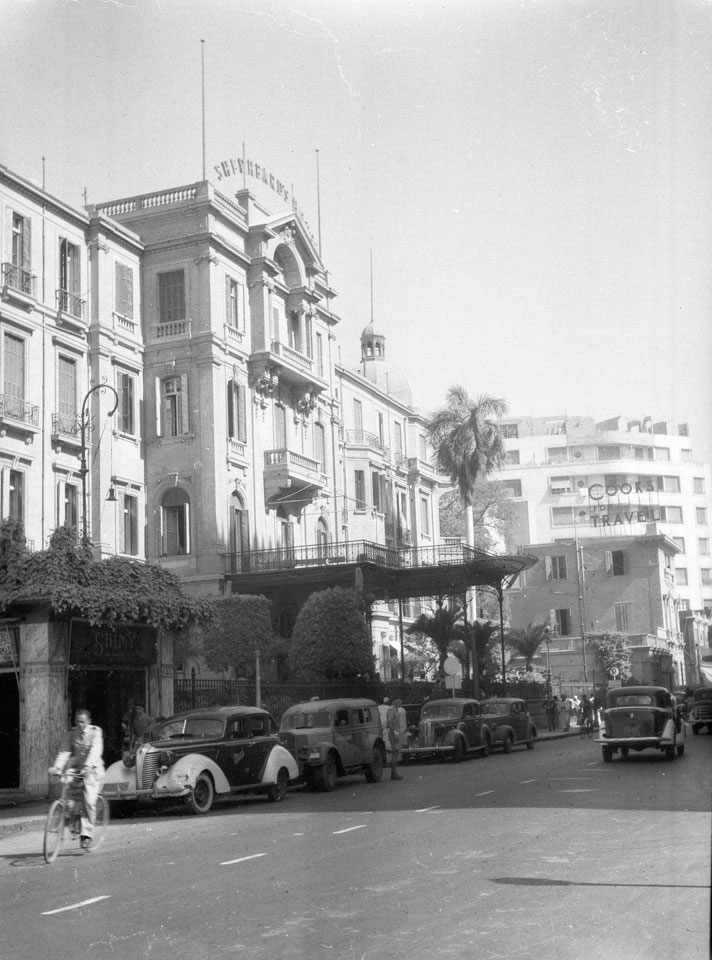 View of Shepeard's Hotel in Cairo, Egypt, 1943. In early 1943 the 3rd County of London Yeomanry (Sharpshooters) were moved to Cowley Camp at Mena near Cairo. The Shepeard's Hotel , formerly the Hotel des Anglais was established in 1841. It was a favourite establishment of the military stationed in or passing through, Cairo. The hotel was burned down during the 'Black Friday' riots in January 1952, part of the civil unrest directed against British occupation.