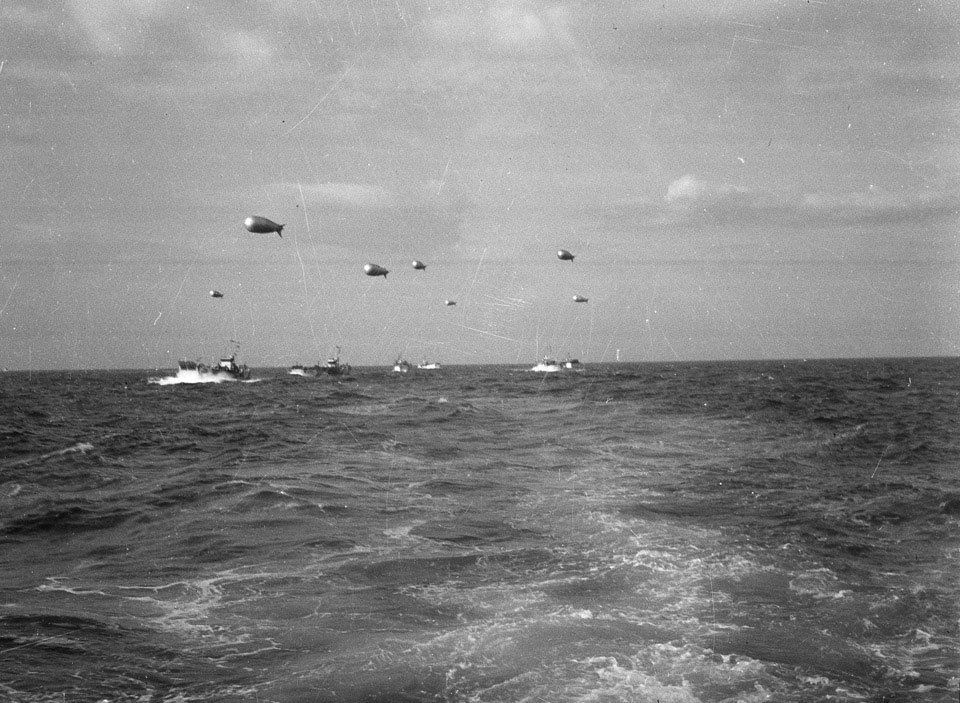 'Part of the LCT convoy halfway over the Channel, just before dusk, Operation OVERLORD, 6 June 1944

Landing Craft Tanks (LCT) crossing the English Channel in support of the forces landed in Normandy on D-Day. The convoy is protected from air attack by barrage balloons secured to the vessels.