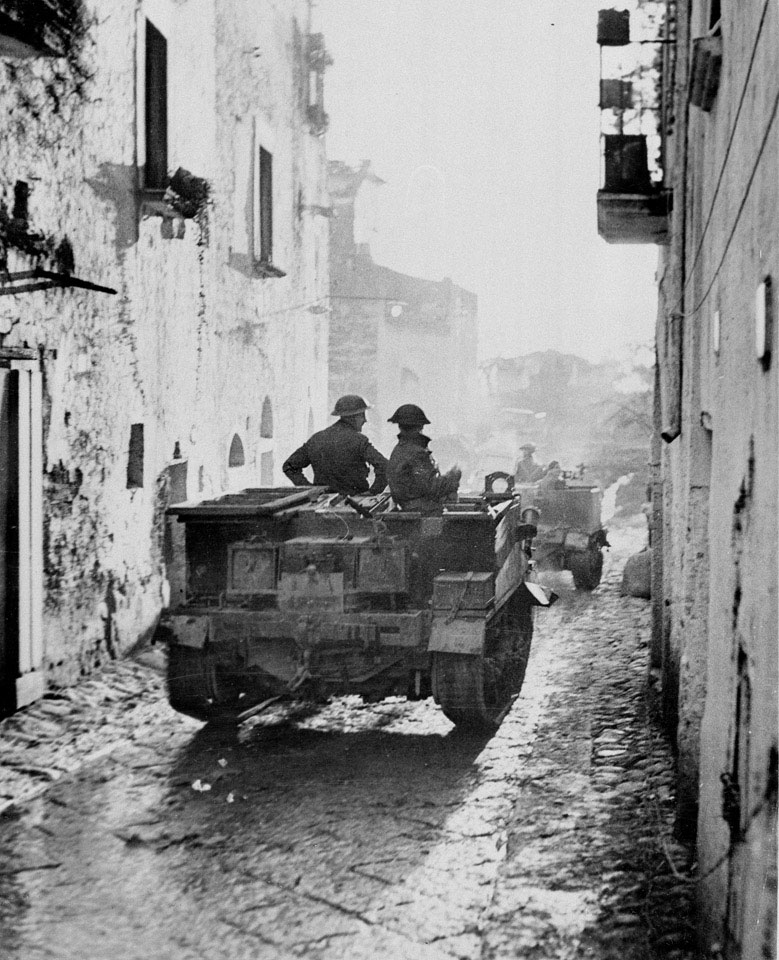 British infantry carriers of the Fifth Army set out on patrol from the village of South Castresa, situated south west of Mount Roccomonfina. The Bren Carrier, also known as the Universal Carrier, was the name given to a series of light armoured tracked vehicles built by Vickers-Armstrong for British and Commonwealth forces. They were usually used for transporting personnel and equipment, mostly support weapons, or as machine gun platforms.