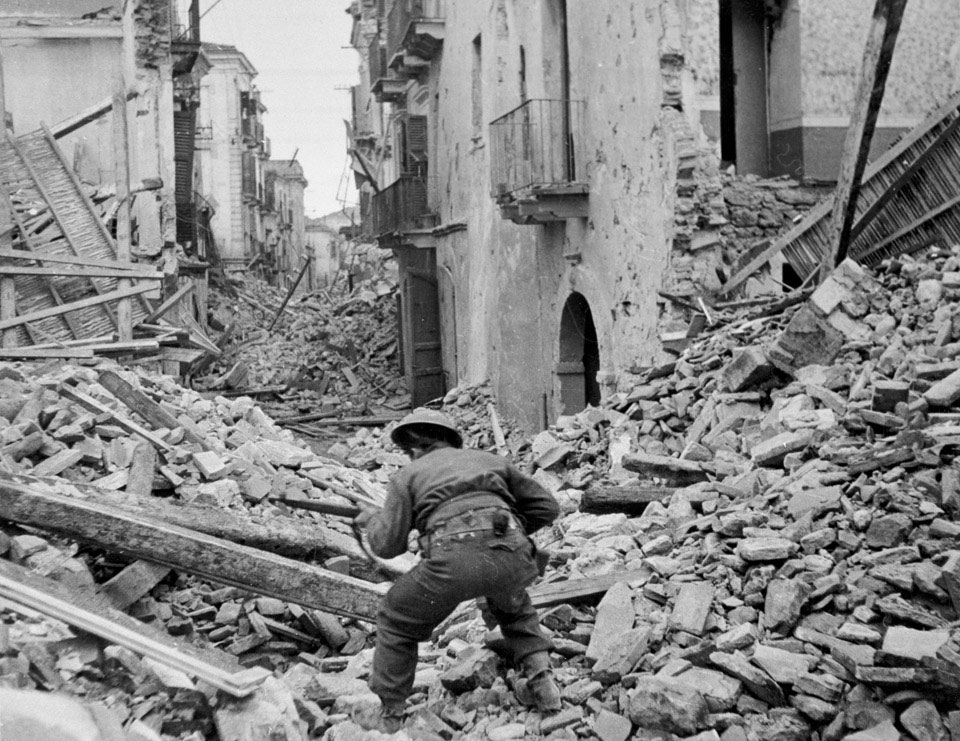 A Canadian infantryman searching the ruins of Ortona for snipers, 1943

Ortona, on the Adriatic coast of Italy, was captured in December 1943 by the 1st Canadian Infantry Division and 1st Canadian Armoured Brigade. During the battle artillery from both sides rained down on the town, reducing it to rubble. As the Canadians advanced through the narrow streets, they were met by German snipers, firing from nearby hills. In eight days of bitter fighting the Canadian soldiers cleared Ortona of the enemy one street at a time in close-quarters combat. The battle was later termed 'Little Stalingrad'.