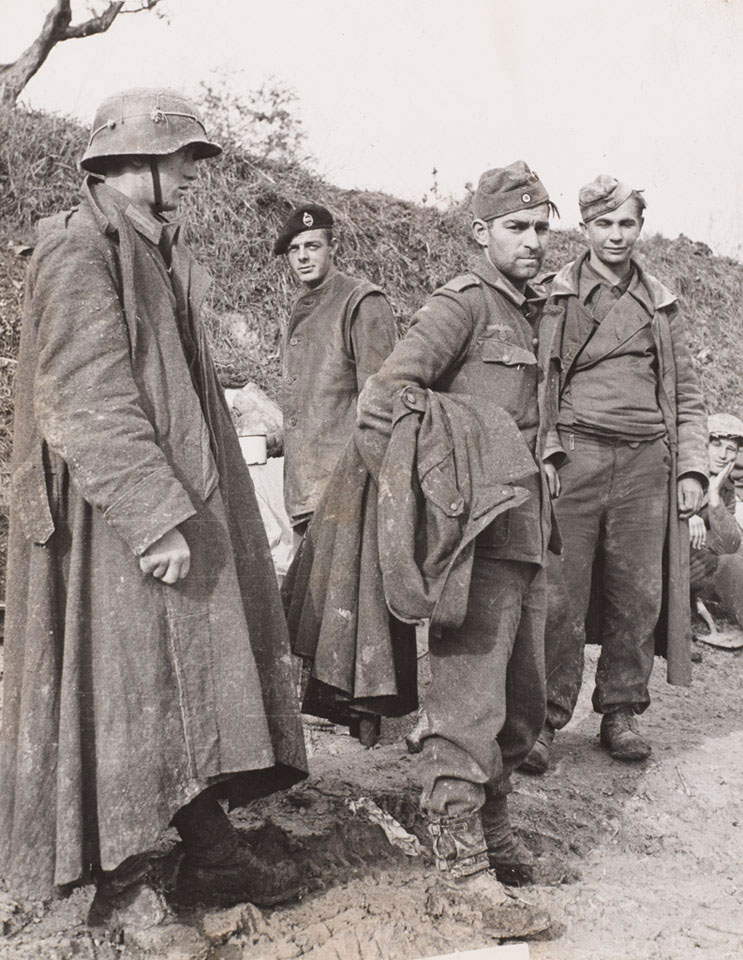 A British soldier watches three German prisoners captured by 8th Army patrols which had been probing enemy defences on the road from Ortona to Rome, 1944

During the Italian campaign the Germans suffered around 48,000 men killed, 163,000 wounded and nearly 100,000 men captured or missing in action.