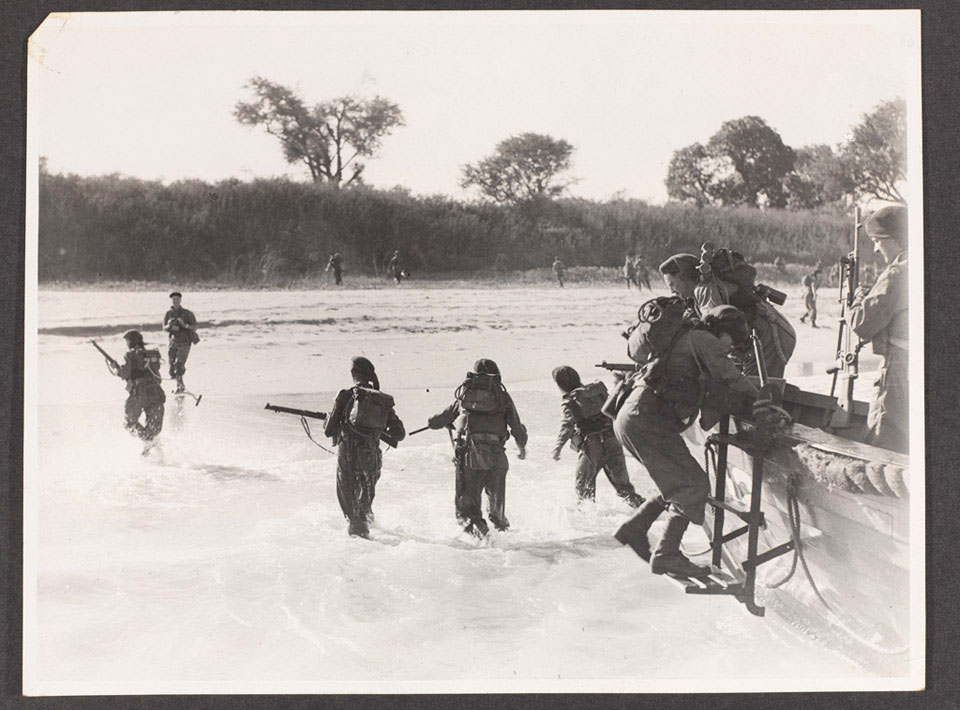 Ramree Island was attacked in an operation lasting from 14 January-22 February 1945, as it was an ideal site for airfields.

This picture was taken when British cruisers and destroyers were covering the Marines' assault on Cheduba with a heavy bombardment. Cheduba, unlike Ramree, was unoccupied. On Ramree the Japanese defenders fought until 17 February.