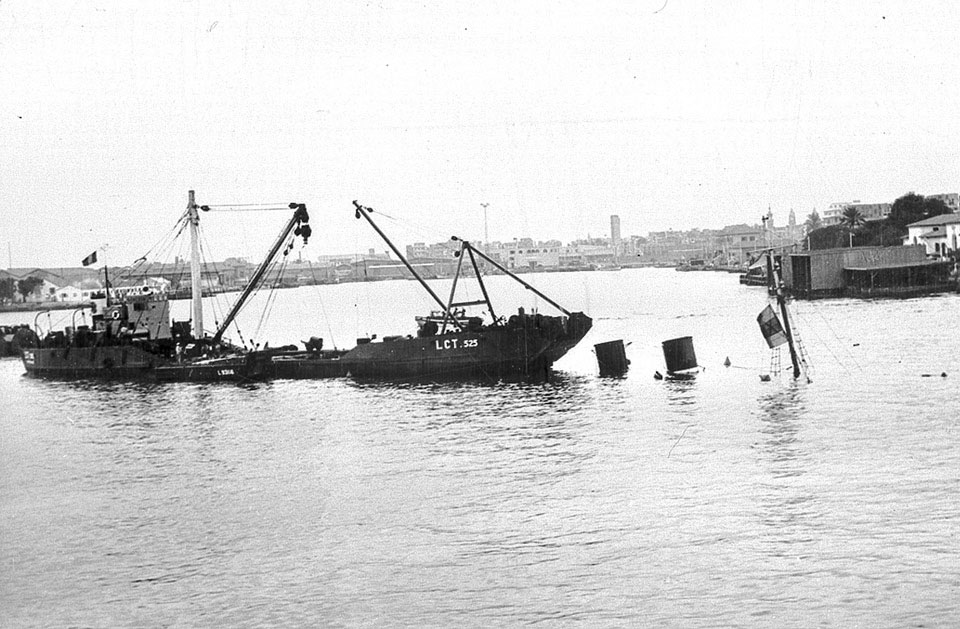 A wreck in the process of being surveyed by a diver, November 1956

In November 1956, British and French forces invaded Egypt in collusion with Israel. This was a reaction to Colonel Gamal Abdel Nasser's nationalisation of the Franco-British Suez Canal Company. In response to the invasion, Nasser ordered ships sunk in the canal to block it and restrict Britain's oil supplies from the Persian Gulf. The canal was closed until April 1957, when it was cleared with United Nations assistance.

In this image, Royal Engineers divers, operating from Landing Craft Tank 525, survey one of the many wrecks that blocked navigation of the canal.

From album of 60 photographs compiled by an officer of The Glider Pilot Regiment, possibly Capt R E Pink, during Operation Musketerr, Nov-Dec 1956.