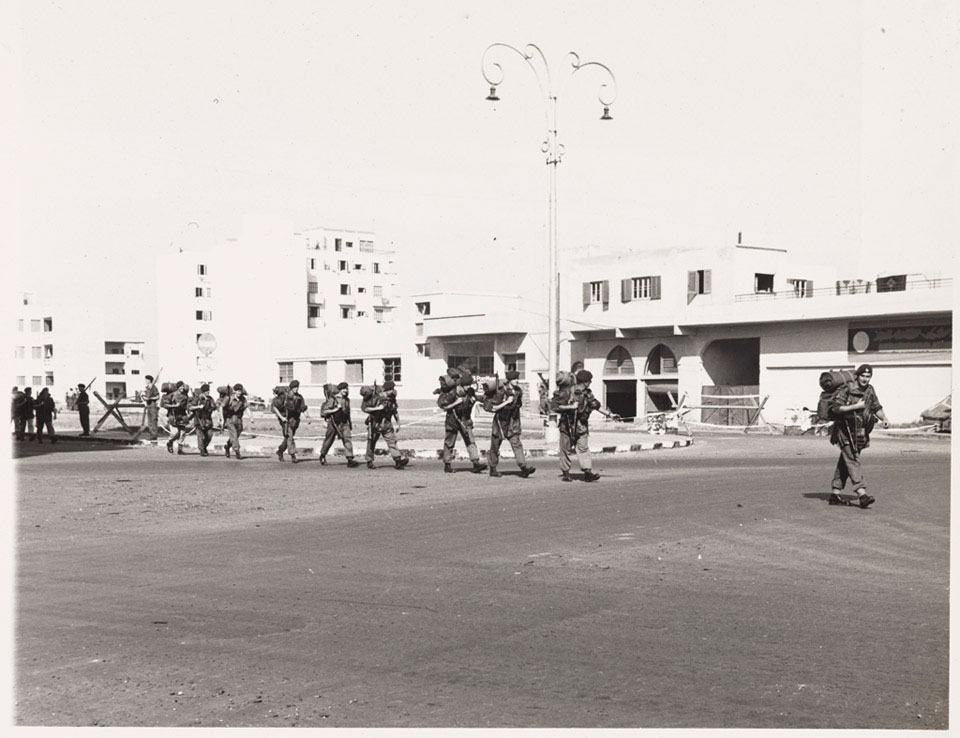 In November 1956, British and French forces invaded Egypt in collusion with Israel. This was a reaction to Colonel Gamal Abdel Nasser's nationalisation of the Franco-British Suez Canal Company. The Royal Marine Commandos played a major role in the British military deployment. 40 and 42 Commando undertook amphibious landings at Port Said, while 45 Commando carried out the world's first helicopter-borne assault.