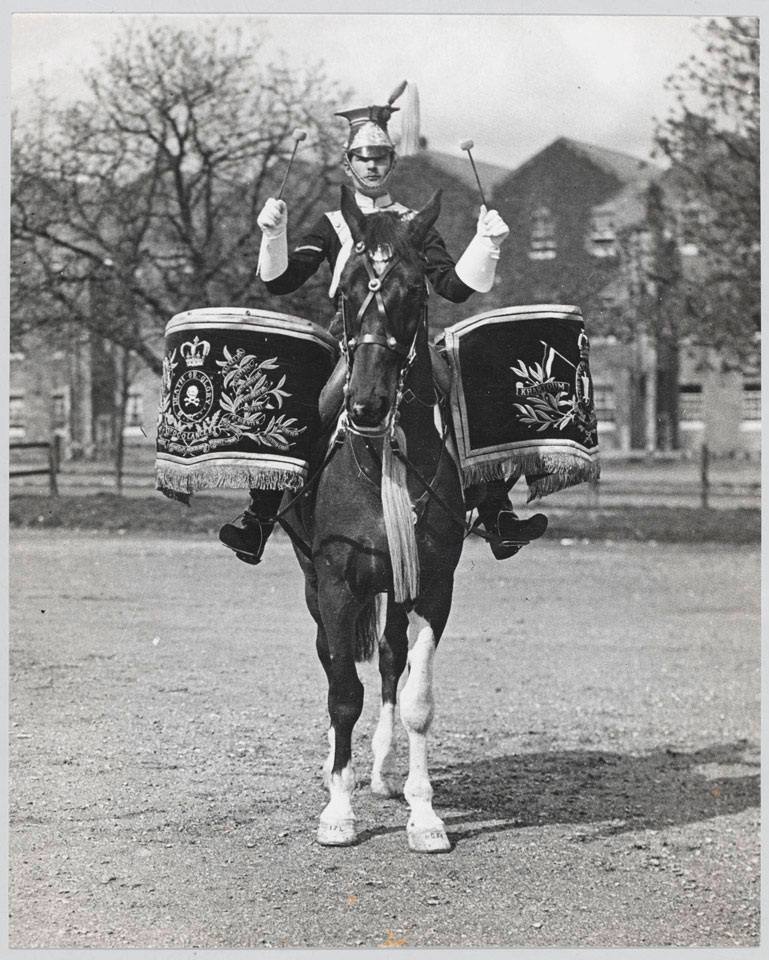 Each banner on the drums represents one of the 17th/21st's predecessor units, the 17th (Duke of Cambridge's Own) Lancers on the left, and the 21st (Empress of India's) Lancers on the right. The two units were amalgamated on 27 June 1922.

From a collection of 1701 photographs, showing British regiments and corps, including uniform, kit layouts, mascots, tattoos, portraits of monarchs and soldiers and ceremonial photographs, including the 1937 and 1953 Coronations.