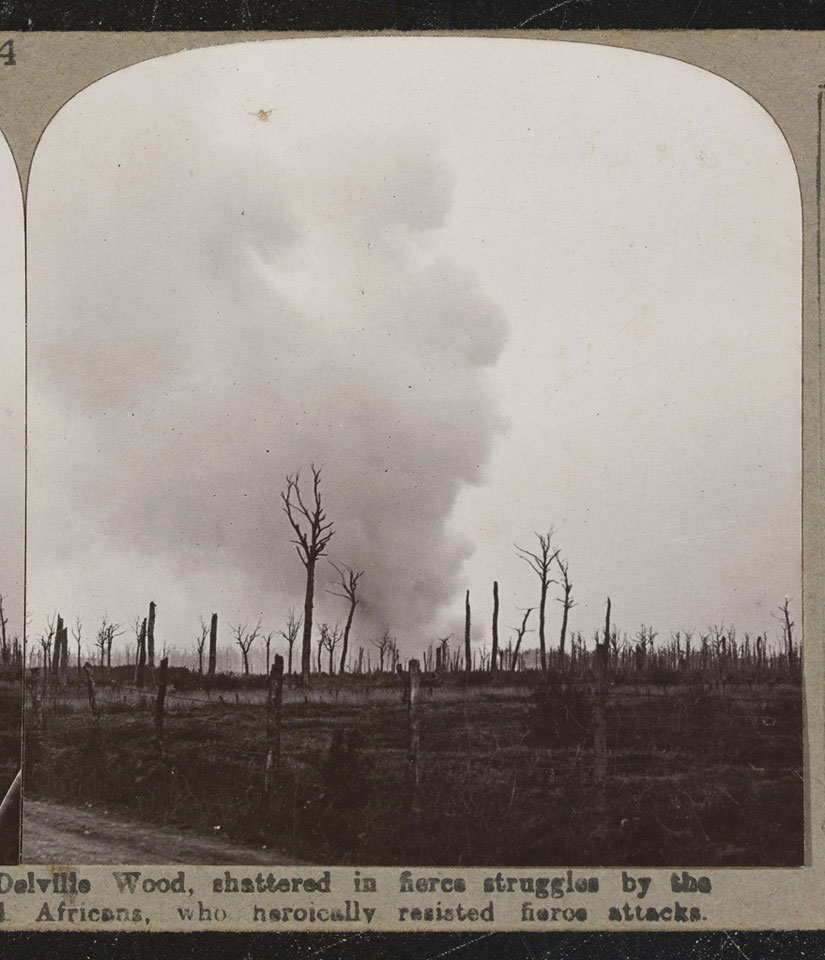 Delville Wood, to the east of Longueval on the Somme, witnessed fierce fighting throughout July and August 1916. The 1st South African Brigade captured it on 15 July but were then subjected to intense German counter-attacks.