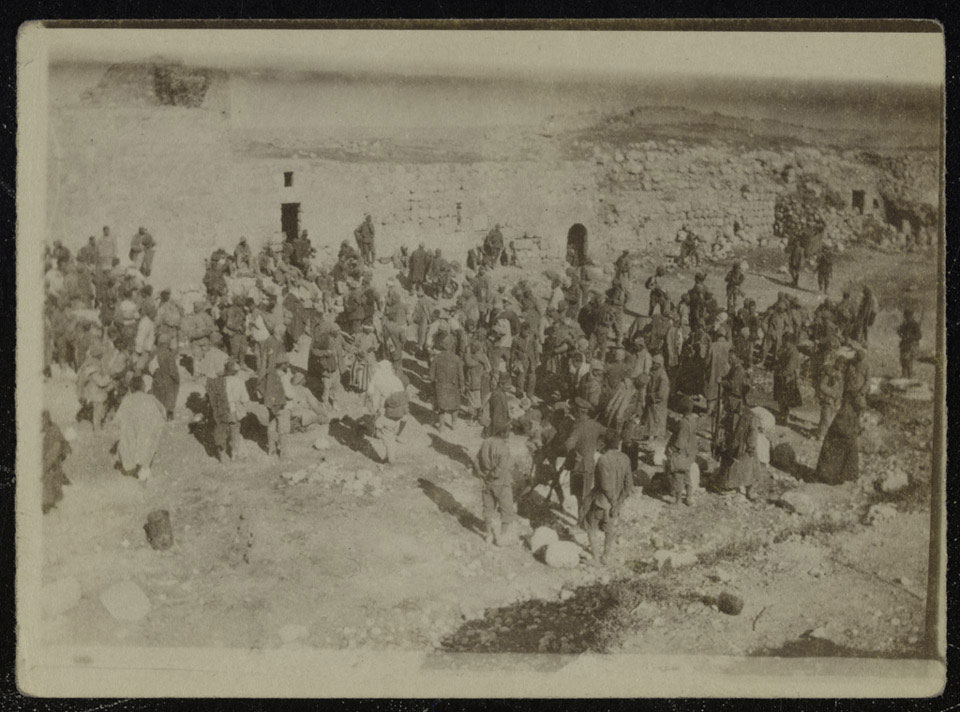 Soldiers waiting for General Edmund Allenby outside the walls of Jerusalem, 1917

The caption on this image states: 'The walls of Jerusalem - waiting the entrance of Gen Allenby'

From 17 November 1917 the Egyptian Expeditionary Force attacked Jerusalem. The city fell following the Ottoman surrender on 9 December, General Edmund Allenby arrived on 11 December, he entered the holy city on foot as a sign of respect.