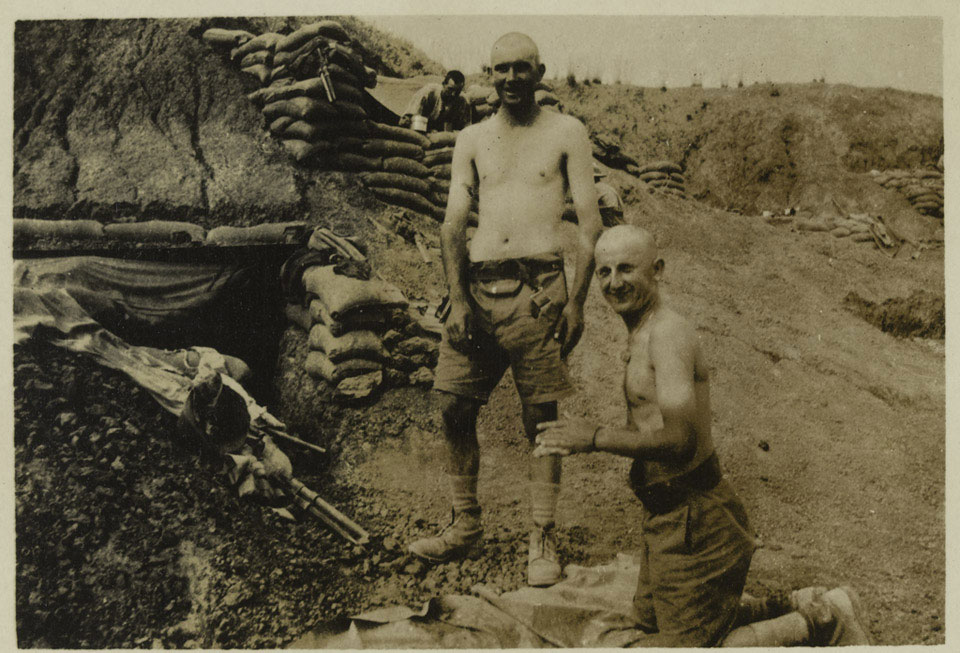 British soldiers bathing outside their dugouts at Mansura Ridge, before the Third Battle of Gaza, Palestine, October 1917

The caption on the image states: 'Mansura Ridge, in front of Gaza, before the attack of Oct 1917'.

Mansura Ridge was captured by the British forces during the Second Battle of Gaza in April 1917.