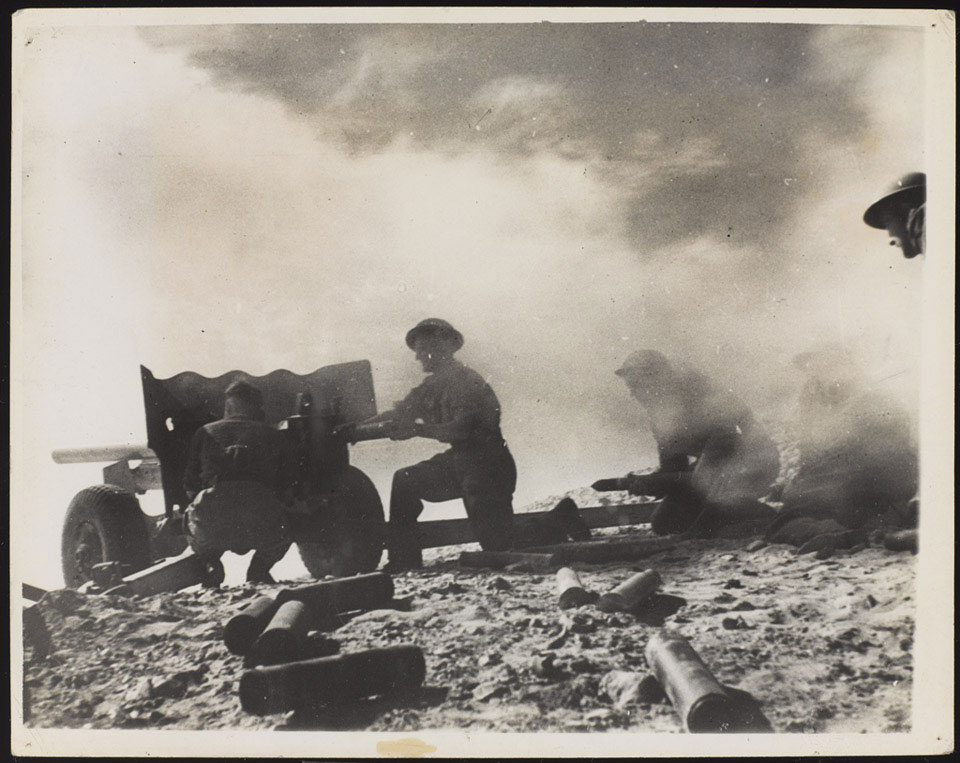 A British 6-pounder anti-tank gun in action in Tripolitania, January 1943

The 6-pounder was first used in North Africa in April 1942, and made an immediate impact on the battlefield as it was able to penetrate any enemy tank then in service. However, the subsequent introduction of heavier German tanks, notably the Tiger and Panther, meant that the standard 6-pounder shot was only effective frontally at short ranges. For these reasons it was replaced by the 17-pounder in Royal Artillery units, but many remained in service with British infantry units for the remainder of the war.