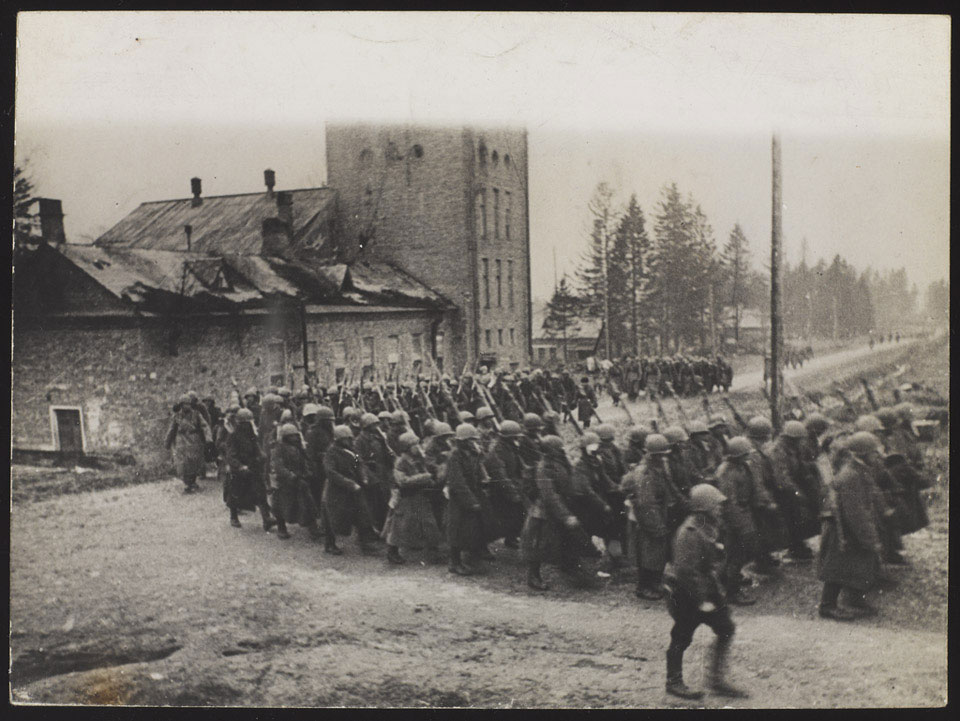 Red Army infantry marching through a village on their way to the war front, November 1943

By the Autumn of 1943 the tide of war in the east had swung decisively in the Soviets' favour. After they had halted the German offensive at Kursk (July-August 1943), the Red Army launched a series of counter-offensives that drove the Germans back and liberated large areas of Russian and Ukrainian territory. For the remainder of the war the Wehrmacht was limited to reacting to Soviet advances.