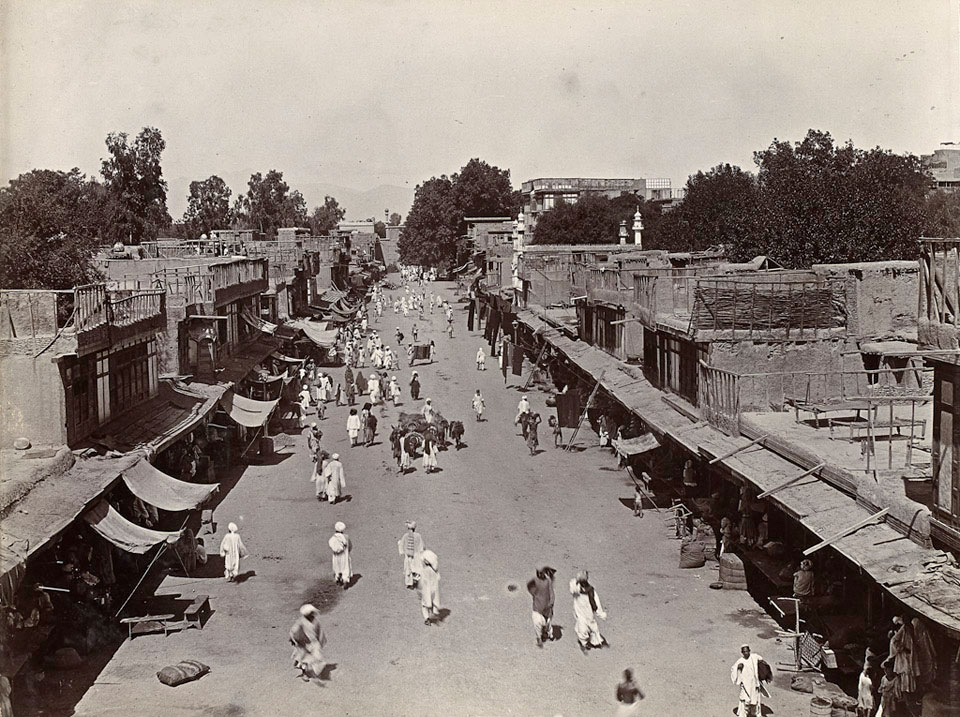 Civilian traffic on a broad street lined with commercial premises in Peshawar. The city was a commercial hub on the trade routes between India and Central Asia.