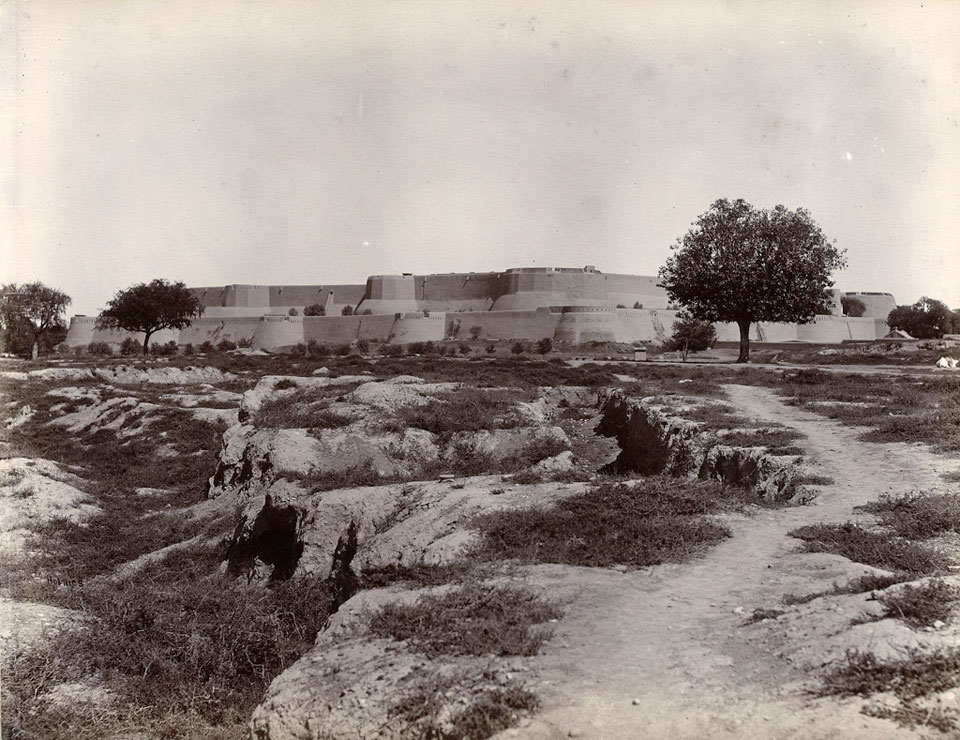 The Bala Hissar fort in Peshawar is now the headquarters of Pakistan's Frontier Corps. The site was a royal residence of the Durrani dynasty of Afghanistan and was subsequently developed as a fortress by Sikh and British engineers.