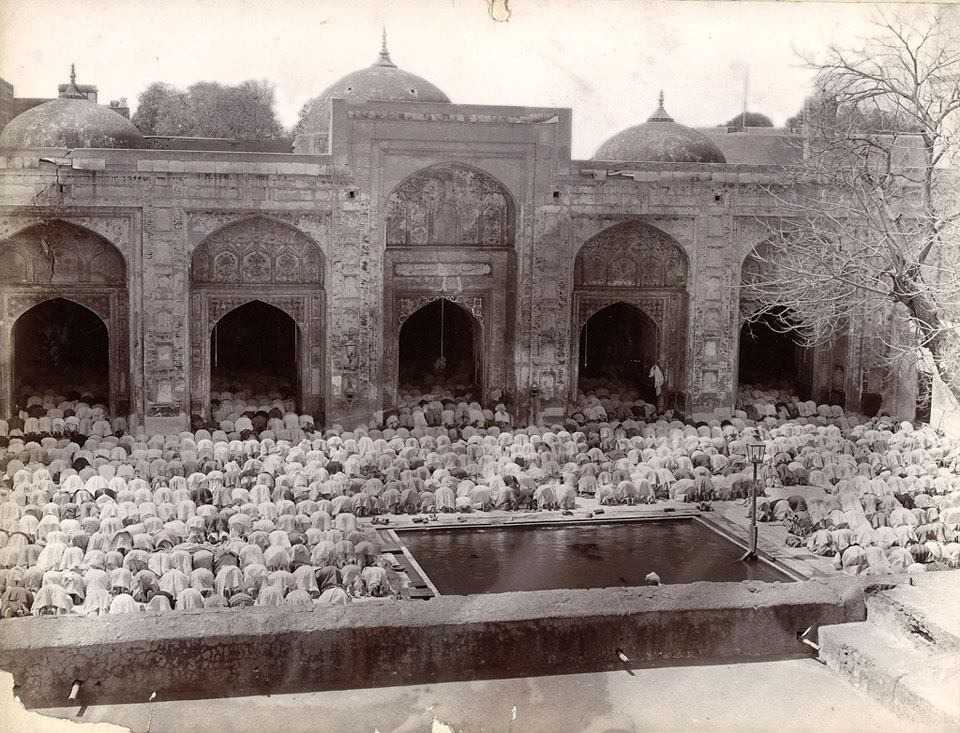 Midday prayers at a mosque in Peshawar.