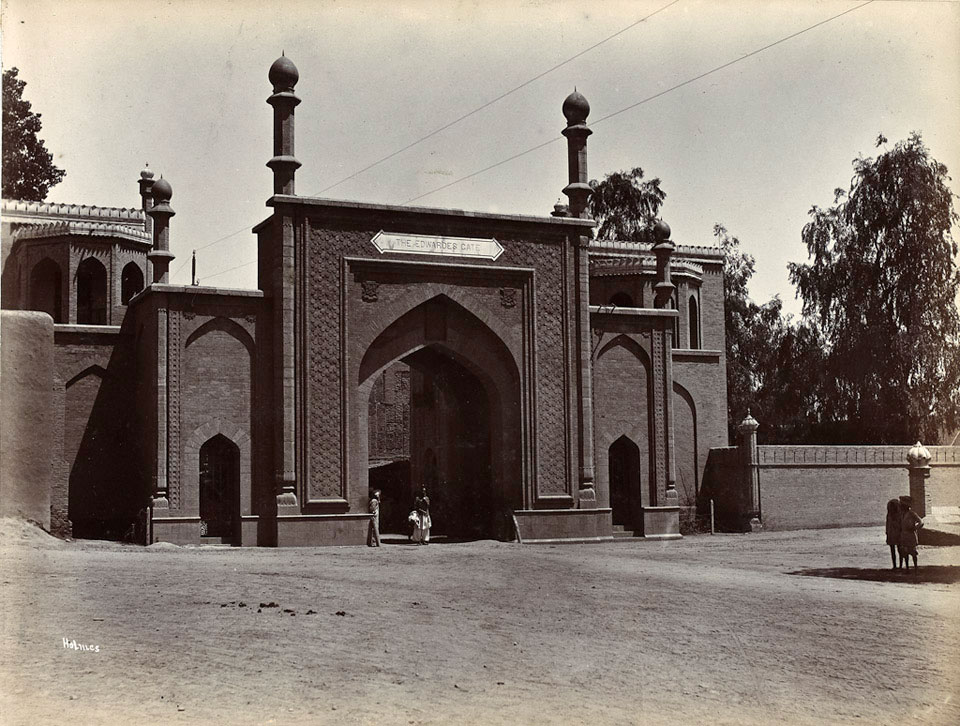 The Kabuli Gate was the most famous of the sixteen gates that used to lead into Peshawar. Under British rule the gate was renamed the Edwardes Memorial Gate, after Peshawar's second Commissioner, Sir Herbert Benjamin Edwardes (1819-1868).