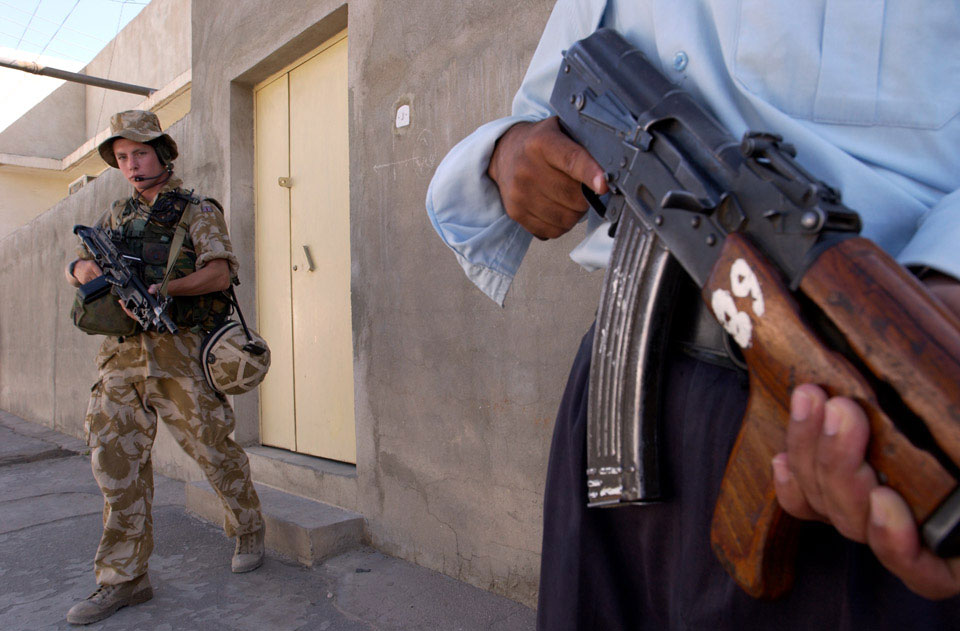 A private from 1st Battalion The Cheshire Regiment works with an Iraqi policeman as part of security operations around Basra, June 2004

While the Iraqi holds an AK47 assault rifle the British soldier is carrying a Para Minimi, a shortened version of the Belgian 5.56 mm mini machine gun.

Soldiers of 6 Platoon 'B' Company, provided multiple patrols around the Local Government headquarters building in Basra to protect against possible attacks from militants, on what should have been the first day of Iraqi Independence.