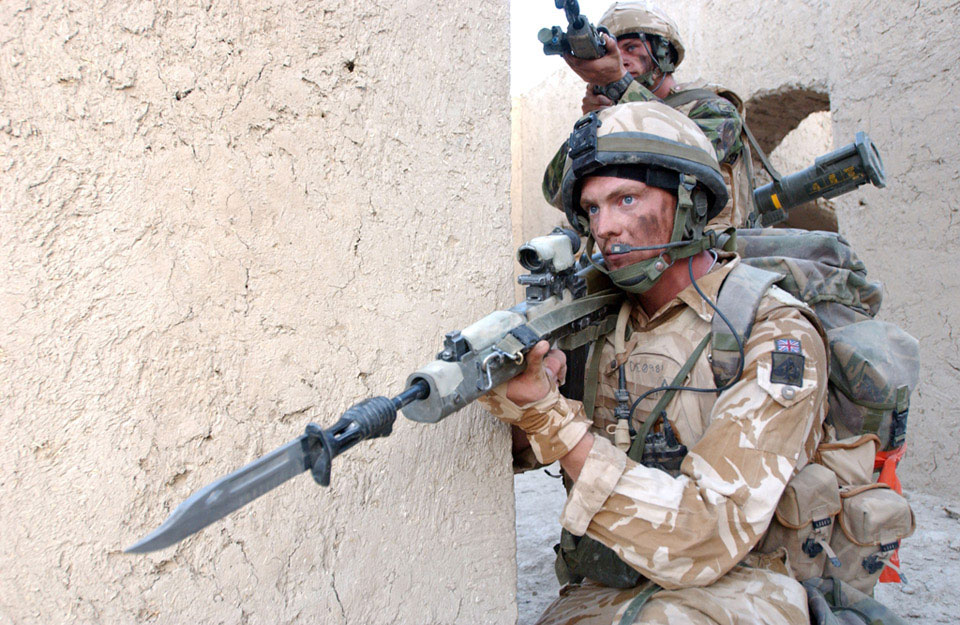 Soldiers from 12th Mechanised Brigade (now 12th Armoured Infantry Brigade) providing security during Operation BATAKA in 2007. The soldier in the foreground, with a bayonet fixed to his personal weapon, has a subdued unit tactical recognition flash on his upper arm.

BATAKA was a combat bridging operation in Helmand Province designed to improve mobility and security in the Garmsir area. 26 Engineer Regiment, Royal Engineers was tasked with bridging a canal, with the support of troops including the 1st Battalions of the Grenadier Guards and the Worcestershire and Sherwood Foresters Regiment (29th and 45th Foot), to clear and secure the surrounding area.