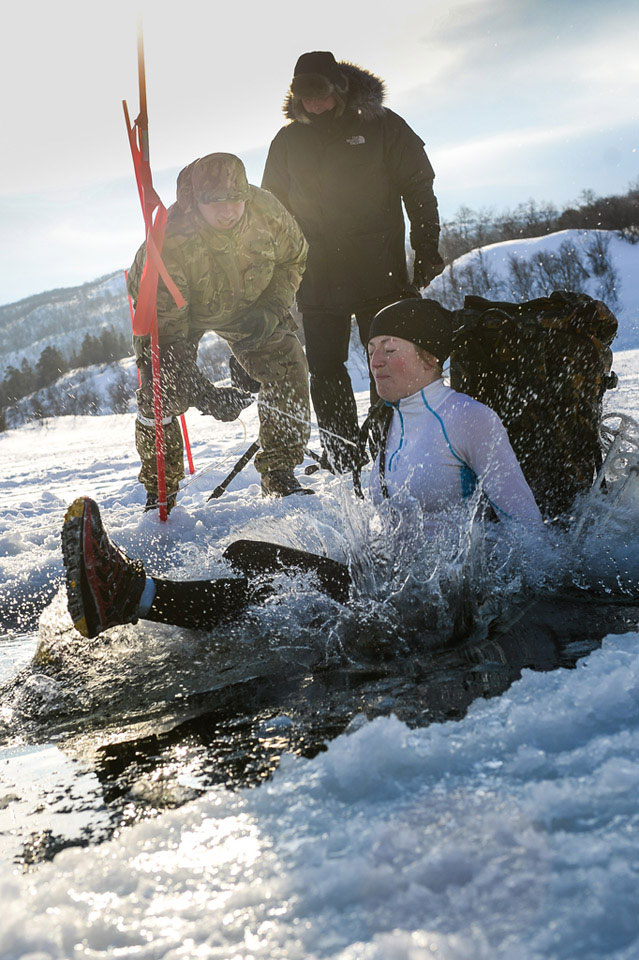 Exercise ICE BAMBI was one of the selection phases conducted at the Allied Training Centre in Persangermoen. After ten days of challenges including cross country skiing, building snow hole shelters and learning how to react when falling through the ice, the candidates were whittled down to twelve, six of which went on the form the team for Exercise ICE MAIDEN. Around 200 servicewomen originally applied for the mission.

From a collection of digital photographs relating to women in the British Army, 2016.