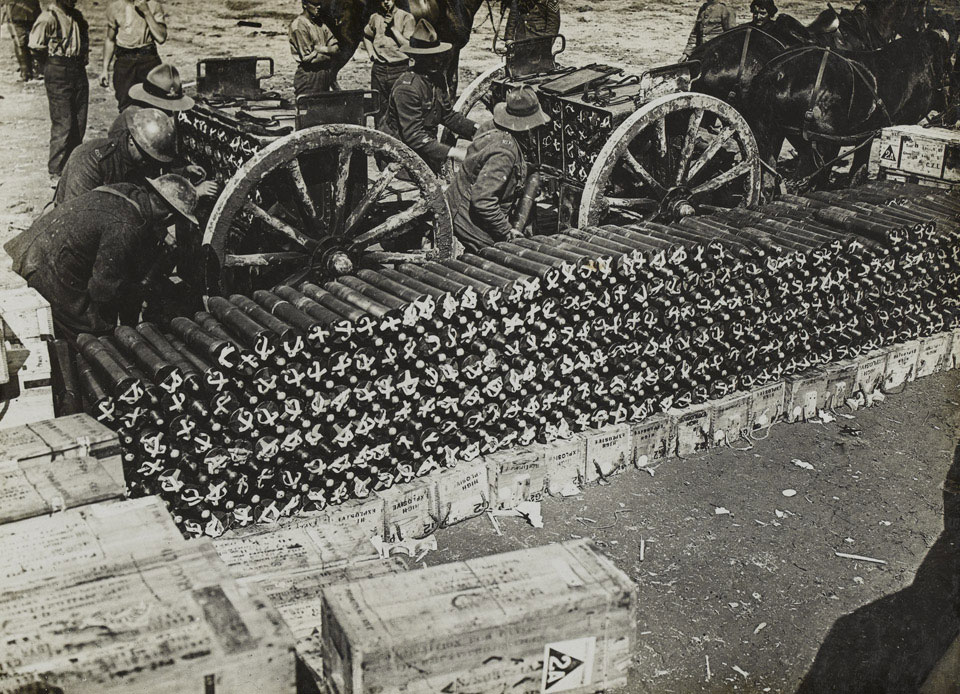 New Zealanders load 18-pound shells into limbers during the Battle of the Somme. During the latter engagement over ten million 18-pound shells were fired. The 18-pounder was the main British and Commonwealth artillery weapon of the war.