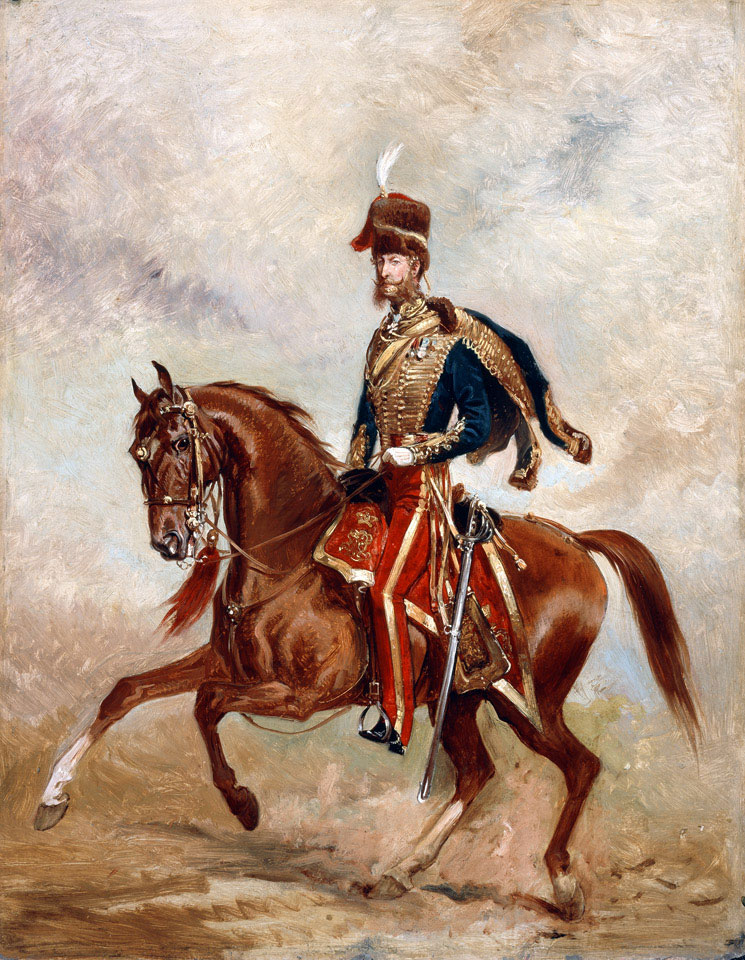 Cardigan's most famous action took place during the Crimean War (1854-1856) when, during the Battle of Balaklava (25 October 1854), he misinterpreted an order and led the Light Brigade in the fateful charge down 'the valley of death', against Russian positions. He bravely galloped many yards in front of his men and was the first among the Russian guns. However, in the melée he turned back, giving no further orders and leaving his men among the enemy without direction.

Cardigan gained a reputation for being arrogant and confrontational, and was repeatedly involved in high-profile quarrels. He frequently challenged fellow officers to duels and countered criticism with litigation. In the notorious 'Black Bottle' affair, he ordered the arrest of an officer who placed a wine bottle instead of a decanter on the mess table.

In this painting, Cardigan probably rides 'Ronald', his most famous horse, whose stuffed head, tail and a hoof are displayed at the family home (Deene Park, Northamptonshire). Cardigan died at Deene Park in 1868 from injuries caused by a fall from a horse.