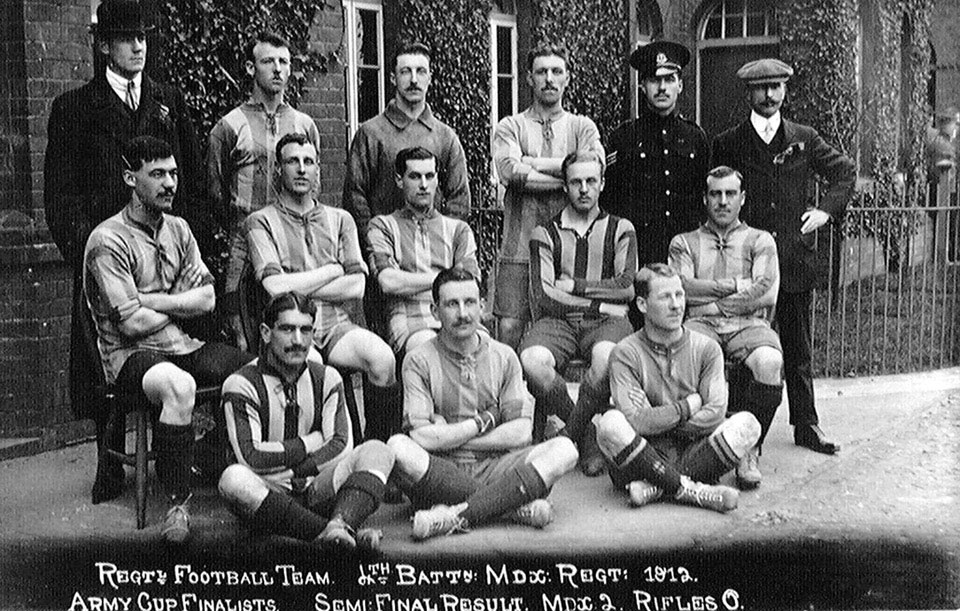 Football is the most popular sport in Britain and, unsurprisingly, the most widely enjoyed game in the British Army. The Army Football Association, a County member of the Football Association (FA), provides administrative support and promotes the game at all levels. It is based at Aldershot, the home of all Army sports.

One of 52 photographs relating to the Duke of Cambridge's Own (Middlesex Regiment), Britain 1906-1912.