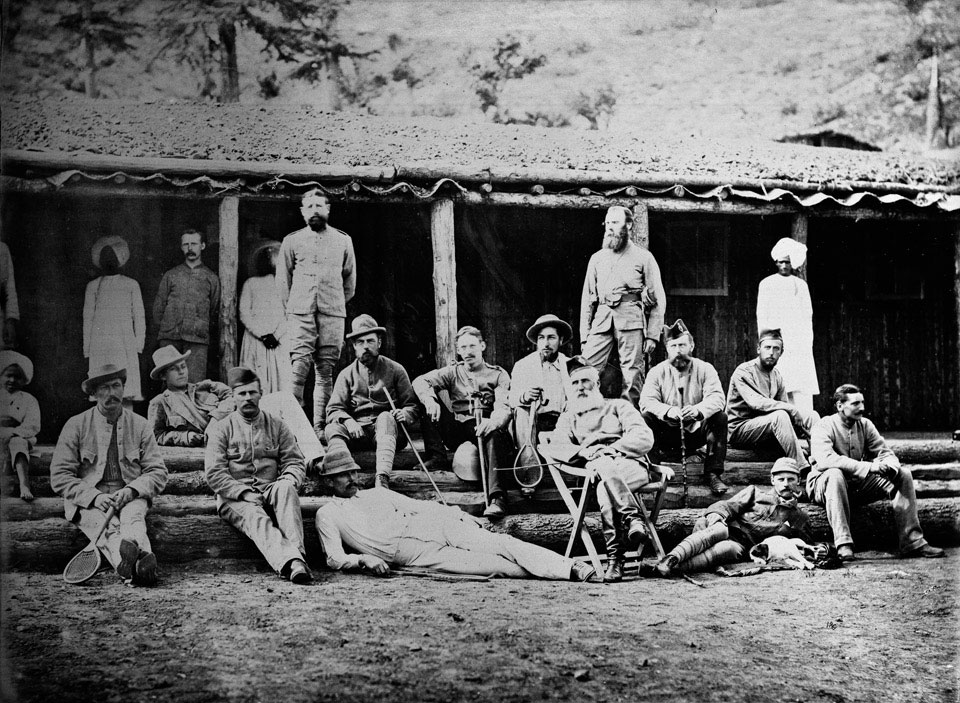 Officers of the 8th (The King's) Regiment of Foot, Kurram Valley, 1878

The 2nd Battalion of the 8th (The King's) Regiment left Portsmouth on board HMS 'Euphrates' on 23 September, and arrived at Bombay on 25 October 1877. The regiment was assigned to the Kurram Valley force under Major-General Frederick Roberts, and took part in the battle of Peiwar Kotal, remaining as a garrison force at Kurram.