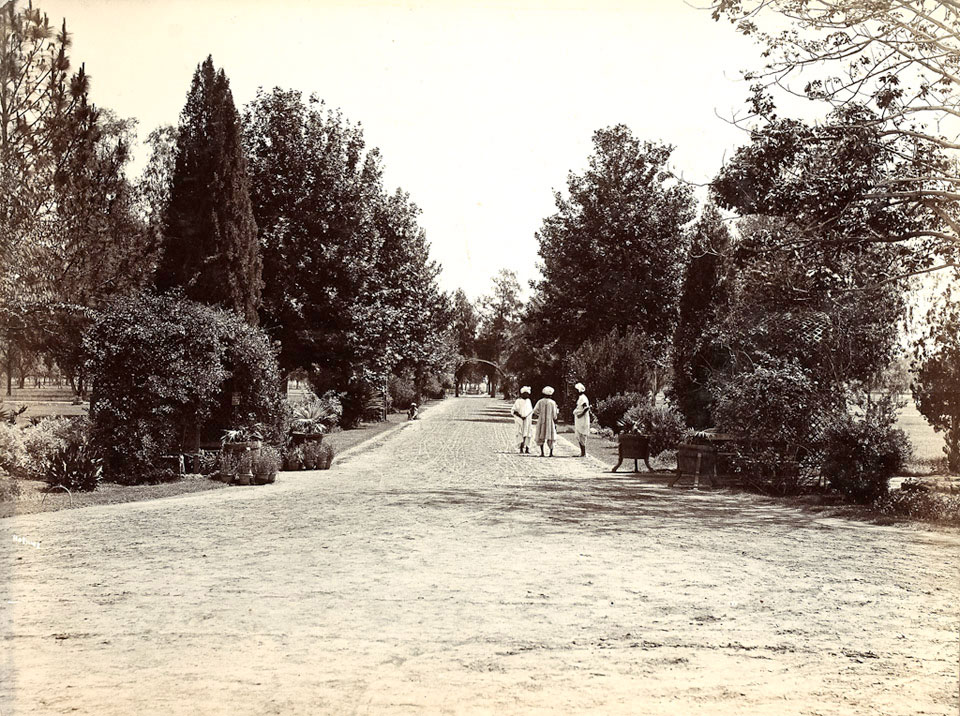 The Shah-i-Bagh, formal gardens dating back to the Mughal period.